How to stream Estrella TV

Looking for Spanish-language programming from a company based in the U.S.?

Where to stream Estrella TV 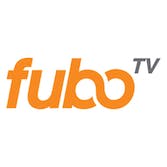 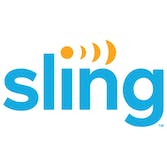 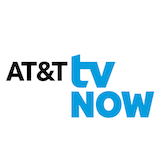 Stream Estrella TV if you’re looking for Spanish-language programming from a network based in the U.S.

What is Estrella TV?

How to stream Estrella TV

If you’re streaming Spanish-language television already, you already may be on the hunt for Estrella programming. You can stream Estrella via FuboTV, Sling TV, and AT&T TV Now.

FuboTVstarted as a streaming service geared toward sports fans, but it’s evolved into a broadly-appealing option with entertainment and news options alongside its robust sports choices. Depending on the package, you can access as many as 180+FuboTV channels. If you’re looking to be entertained,Bravo,IFC,MTV, andVH1are options even atFubo’s most basic tier. The Fubo channel list still includes plenty of sports, including the Fubo Sports Network, which hasoriginal programmingmixing sports and humor. TheFuboTV coststarts at $54.99 a month, and with Disney Media favorites likeABC,ESPN, and theDisney Channelnow on board, some who were on the fence about Fubo are giving it another look.

Stream Estrella TV on Fubo with either the baseline Fubo channel plan or the Fubo Latino package.

You can stream Estrella TV with Sling’s Best of Spanish package.

If you’re already looking to AT&T for your wireless needs, you might considerAT&T TV Nowto cover streaming for you.AT&T TV Now channelsstart with Plus and Max, which even include HBO. Then, AT&T plans expand from there, approaching cable selection and pricing with AT&T TV Now’s biggest packages. AT&T streaming also comes withCloud DVR, letting you record up to 20 hours of TV per month. You can stream Estrella TV with the Optimo Mas package.

Phil West is a veteran professional writer and editor, and the author of two books on soccer, ‘The United States of Soccer,’ and ‘I Believe That We Will Win,’ both from The Overlook Press. His work has appeared most recently in MLSSoccer.com, The Striker Texas, and Texas Highways. Based in Austin, he is also a lecturer in the Writing Program at the University of Texas at San Antonio.